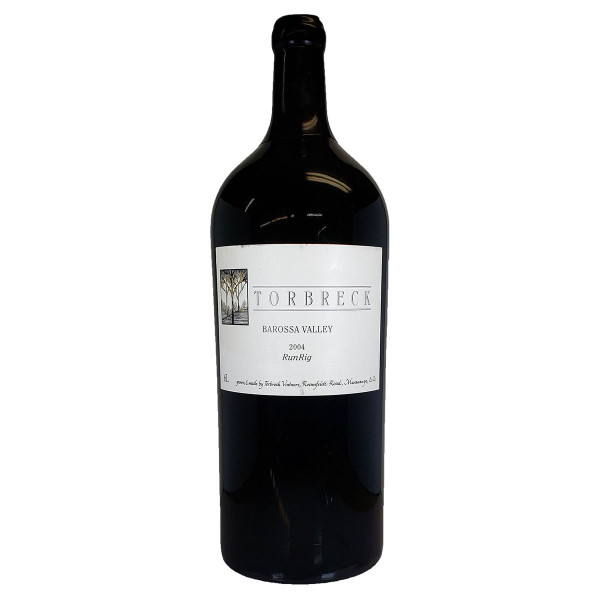 On occasion, labels or packaging will change. Please contact us prior to ordering if you wish to confirm.

Winery's Notes
"The 2004 RunRig, although wonderfully aromatic like its predecessors, is a wine that exhibits so much power and latent richness that it could easily be mistaken for the hugely concentrated wines sourced from the sun drenched hill of Hermitage (the historic home of Syrah and some of the worlds most powerful and longest living wines). Possessing a dense, saturated, almost ink like hue, the aromas of black raspberries, crème de cassis, smoke, graphite and melted tar soar from the glass. Full bodied with great intensity, amazing freshness and extraordinary concentration, the multi-layered palate displays the fruit purity that only the most fastidious farming can achieve. Hints of homemade marmalade, scorched earth and slow roasted meats later emerge with time in the glass. Although extremely intense, the wines power is cloaked within its balance and concentration, surging forth as an expansive sensation- the way only the greatest wines can. The 2004 RunRig will greatly reward those with patience."

99 Points - Wine Advocate
"The flagship 2004 Run Rig is 96.5% Shiraz and 3.5% Viognier with the Shiraz component aged for 30 months in a mixture of new and used French oak. Yields were a minuscule 14 hl/ha (about 1 ton per acre). Saturated opaque purple/black, it has a remarkably kinky, exotic perfume of fresh asphalt, pencil lead, smoke, pepper, game, blueberry and black raspberry. Full-bodied and voluptuous in the mouth, the wine is dense and packed, with amazing purity, sweet tannins, and a complex collection of sensory stimuli. The wine demands 10 years of cellaring and will provide hedonistic delights through 2035+.

Torbreck, under the leadership of owner/winemaker David Powell, remains a Barossa Valley benchmark as well as one of the world’s greatest wine estates. The top cuvees are limited production and expensive but there are also some outstanding values in the portfolio. With regard to the current vintages for the Barossa red wines, David Powell states “? 2004 is more savory while 2005 has more purity and definition. 2004 is more classic, 2005 will take longer to come around." -JM, 10/30/2007

98 Points - Wine Enthuisast (Cellar Selection)
"Despite being loaded with complexity --- spicy, meaty, savory and vanilla notes all feature in this wine --- also explosive fruit. Swirls of blueberry and blackberry flavors are head-spinning and the texture is compellingly rich and velvety. If that isn't enough, the finish lasts for minutes. A blend of Shiraz from eight vineyards, all at least 90 years old, plus a tiny proportion (3%) of Viognier." -JC, 11/2007

94 Points - Wine Spectator
"Firm in texture, this is raw around the edges but very juicy underneath, brimming with blueberry, blackberry and a distinct floral note from the Viognier. The finish lingers effortlessly against fine, crisp tannins. Shiraz and Viognier. Best from 2010 through 2020." -HS, 9/2007

Join our newsletter
Includes new products, upcoming tastings, and sale information, as well as announcements for our Wine Club.

Enter Only If You Are 21 Or Older