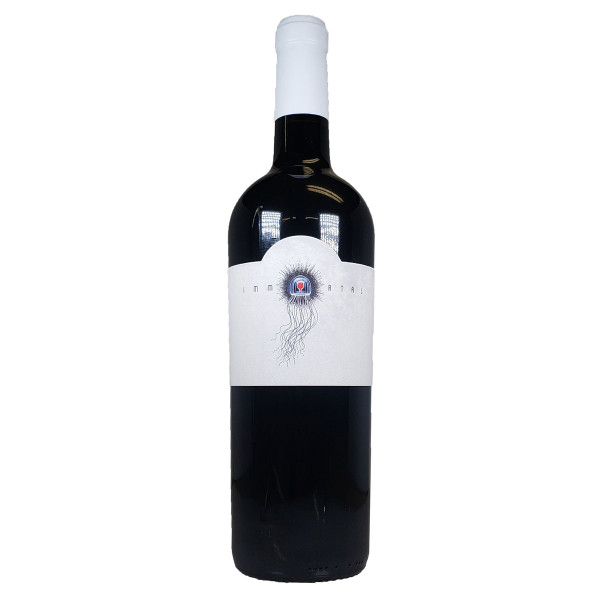 The 2014 Immortal Estate Slope Cabernet Sauvignon is sourced from a dramatic, isolated, rugged hillside vineyard located between Santa Rosa, Sonoma Valley, and St. Helena of Napa Valley. Previously known as the Hidden Ridge Vineyard, its name was changed in 2016 when the property was purchased by the new team, which includes Timothy Martin and Randy Nichols as well as Justin Verlander/Kate Upton who invested in the property in 2019. The wine is dense, ripe and powerful, an effusive vortex of blackberry, toast, brown sugar, allspice, cassis, dark chocolate, earl grey tea, mint, anise, sugar cookie, chai, and tarragon. The palate is massive, but the fruit is sweet, supple, and creamy. The 2014 Slope has been cellared by the winery before release and is now ready to enjoy.

(95-97+) Points - Wine Advocate
As for the 2014s, the 2014 Cabernet Sauvignon Slope from the Hidden Ridge vineyard does not suffer in comparison with the extraordinary efforts of 2013. Still a barrel sample, its riveting richness, concentration, texture and density represent another legend in the making. Crème de cassis, licorice, blackberry, earthiness and spice are all present in this magnificent example of Cabernet Sauvignon that should age beautifully for 25-30+ years." -RP, 3/3/16

93 Points - Jeb Dunnuck
"The 2014 Slope checks in as a blend of 97% Cabernet Sauvignon 3% Petit Verdot and it spent 27 months in 75% new French oak. It has a rich, opulent style as well as lifted notes of currants, plums, violets, tobacco, and forest floor. It's deep, full-bodied, has beautiful purity, and a rounded, lush, yet quintessential Sonoma minerality and freshness. This is another layered, hedonistic wine that will keep for 15-20 years." -JD

91 Points - Wine Enthusiast
"From the former site of Hidden Ridge Vineyard, Slope is indeed from a 55-degree slope, the site near the Spring Mountain border. A sweetness of vanilla and cinnamon give it a richness met by viscous, smoothly jammy red and black cherry, finishing with a touch of texture." -VB, 11/1/19

Enter If You Are 21 Or Older